Link to the film

The girl with braids and peaked cap is Manfred’s sister Laure, z.l. The man to her right is their grandfather, Moritz, z.l., who was head of the Jewish community of Philippsburg. The boy on the left, wearing a woolen cap, is Manfred. In the later section of the film Nanette Neuberger, z.l., is walking quickly, she is short and wearing a black hat. They are carrying coats, in her video testimony, Laure mentions that in addition to taking winter clothing based on her father’s WWI experience with evacuations, they grabbed additional coats on their way out the door. Laure also explained that there were very few children around because most of the families with young children had already managed to leave Germany. She said they all sat on the train together, but we don’t see the other family members in the film. The 4 clear images below were sent to us by historian Dieter Haas, who also notified us about the film because they’re trying to document identities.

The first frames of the film show Laure and her grandfather, behind her. 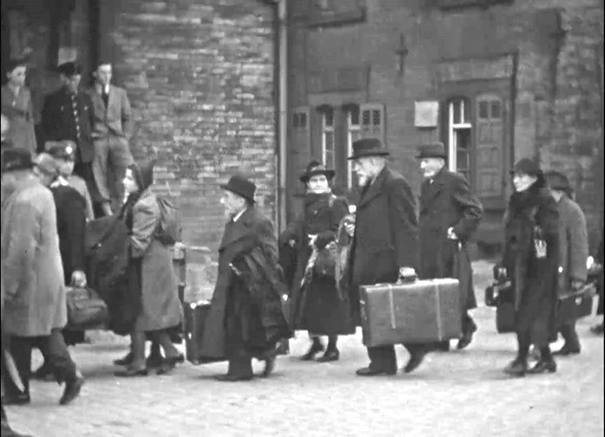 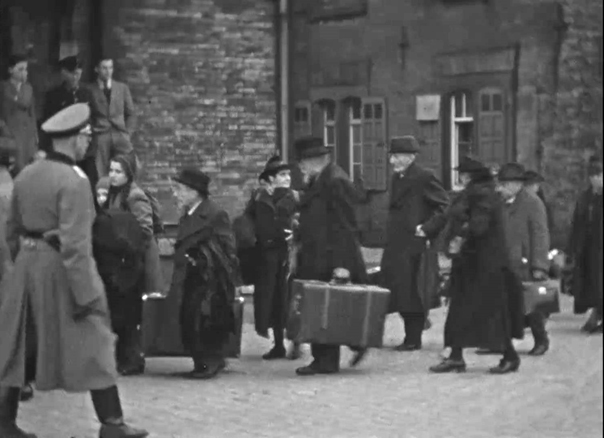 Laure and Manfred, he has a woolen cap 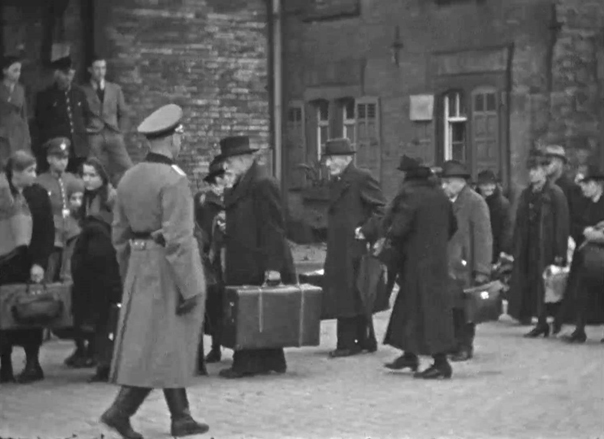 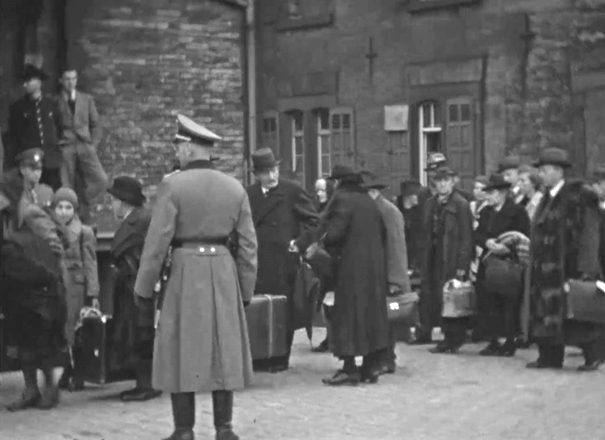 They are also shown a bit further along in the film 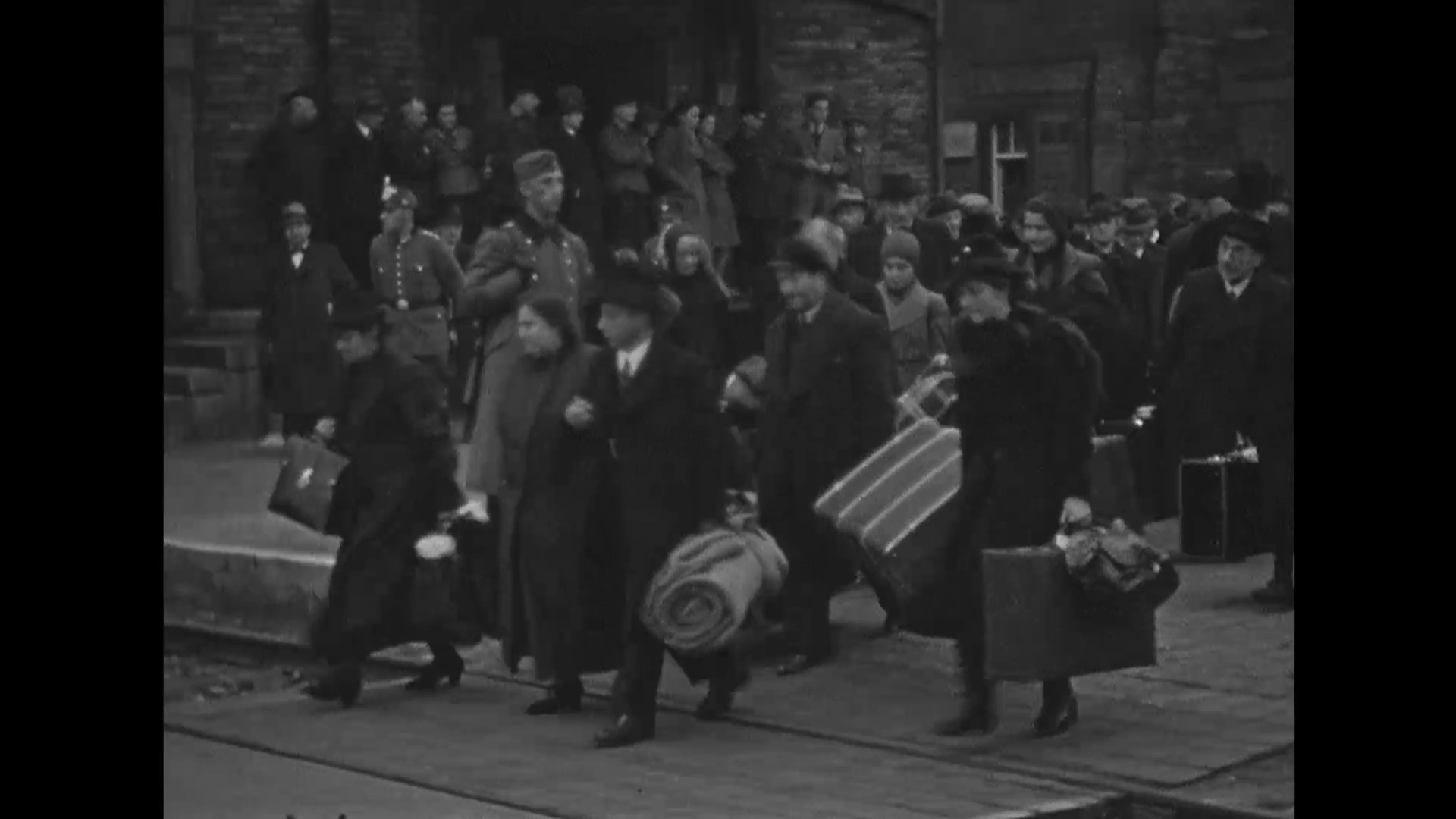 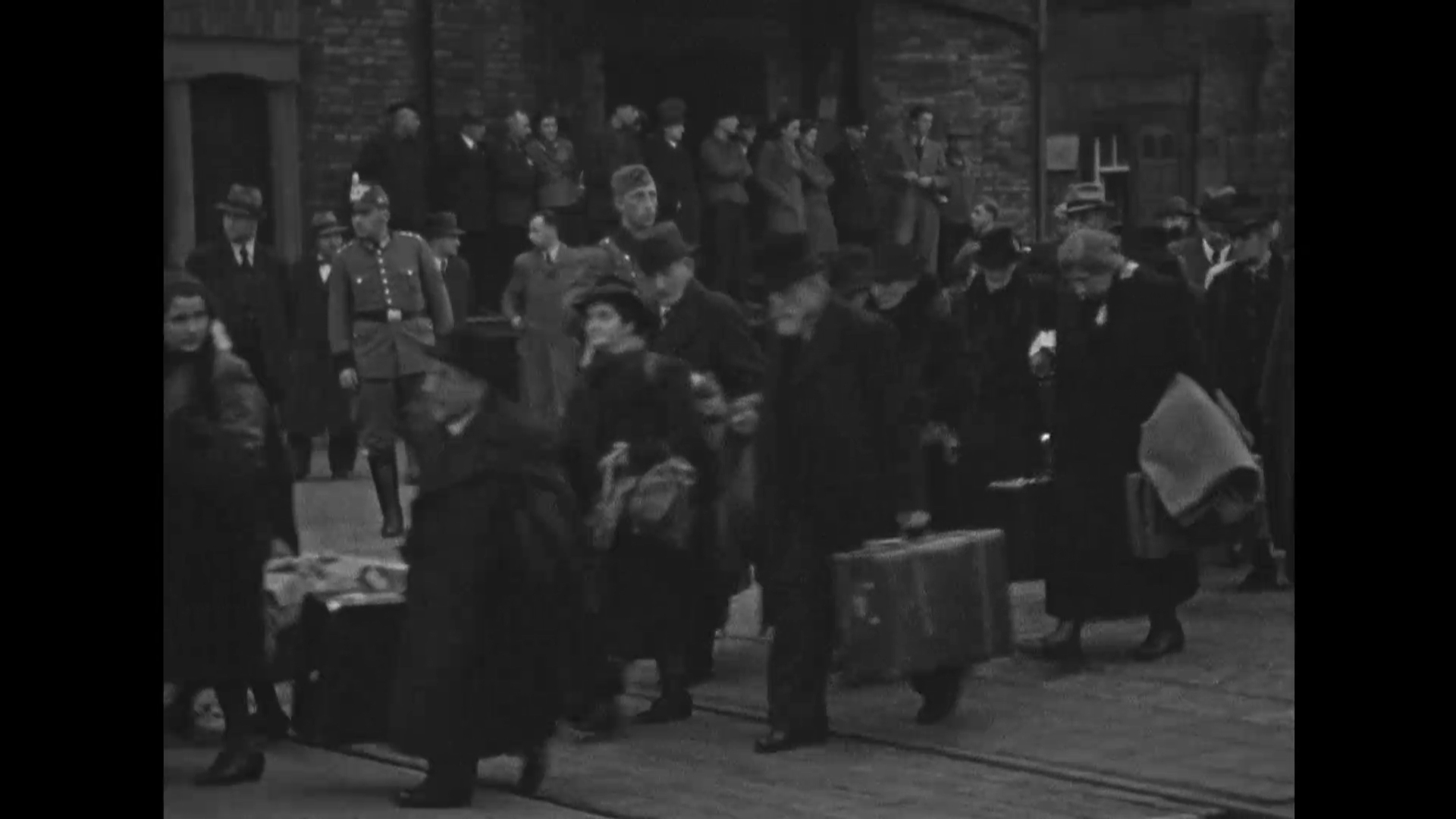 Moritz’s wife Nanette Neuberger is the short woman in black on the right. 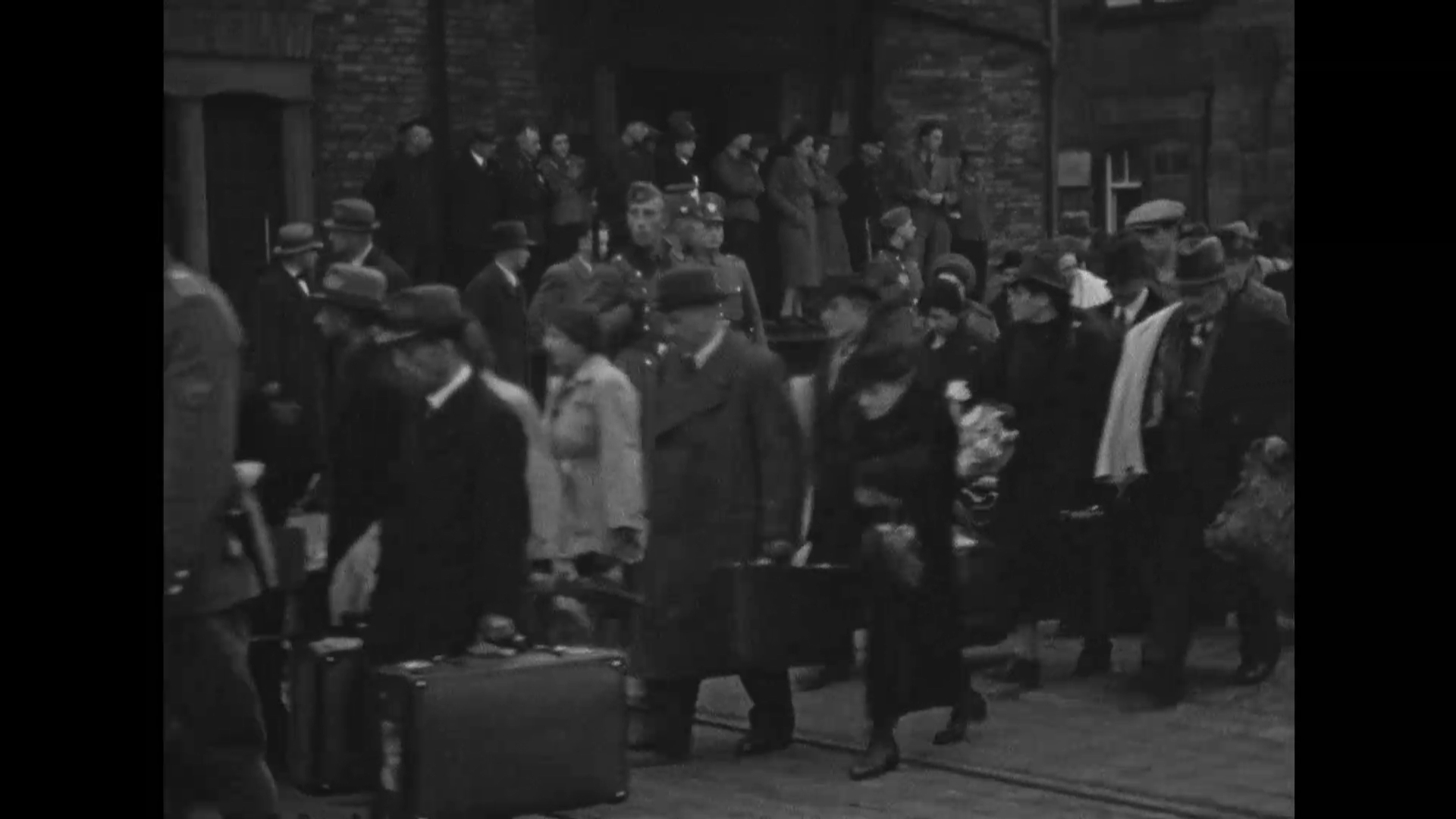 Text from the film website: “Since the first stumbling block was laid in 2015, we have been “stumbling” over and over the film “Bruchsal judenfrei! Die letzten Juden verlassen Bruchsal” [“Bruchsal Jews-free! The last Jews leave Bruchsal”]. A stranger (from Bruchsal?) shot this film. The motives are not known. However, this minute of film material is only the conclusion of more than thirty minutes of film material dealing with Nazi marches in the Bruchsal castle courtyard, happy people at Nazi events, shots from the district party conference 1938 in Bruchsal, Bruchsal garrison soldiers returning from the field. He also shows photographs of damage caused by bombs dropped in Bruchsal in 1944. Two years ago, the city of Bruchsal had the entire film material digitally reworked so that most of the people involved are now recognizable and identifiable, especially the local representatives of the National Socialists. The Jewish fellow citizens in the last part of the film, which shows the deportation at the Bruchsaler Güterhallen to Gurs, from Bruchsal, Gondelsheim, Heidelsheim, Langenbrücken, Mingolsheim, Odenheim, Östringen, Philippsburg and Untergrombach, have not yet been identified.”